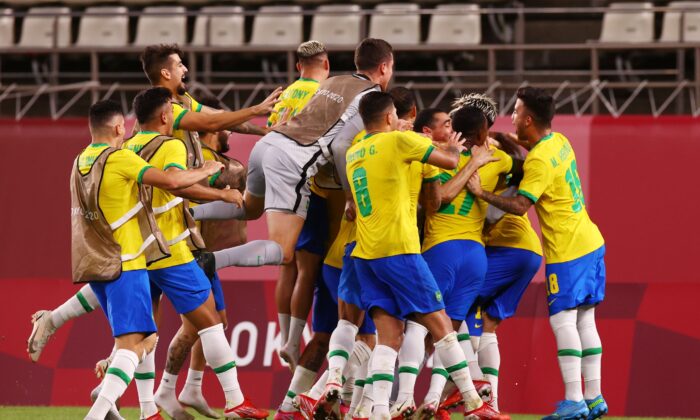 TOKYO—Defending champions Brazil reached the final of the men’s Olympic football competition on Tuesday, beating Mexico 4–1 on penalties after the game ended goalless after extra-time.

Brazil went close to settling the match inside 90 minutes when Richarlison struck the post with a glancing header in the 82nd minute.

But when it came to the shootout, they had their keeper Santos to thank for a fine save to keep out Eduardo Aguirre’s spot-kick and after Mexico’s Johan Vasquez hit the post, Brazil just need to keep their cool.

Brazil will face the winners of Tuesday’s other semi-final between Spain and Japan in Saitama.