Trump Asks If Rand Paul Has ‘Learned Lesson’ On Endorsing Different Candidate, Wonders If He Will Apologize

Former President Donald Trump called out Republican Kentucky Sen. Rand Paul for endorsing another candidate in an Ohio primary Thursday and asked if he will apologize.

Trump released a statement from the Save America PAC mentioning Paul’s endorsement of former Ohio state Rep. Ron Hood in the Ohio primary, who ended up losing to the candidate Trump had endorsed in the race, coal industry lobbyist Mike Carey. Trump said Paul spent nearly $1 million on Hood after he had already endorsed his primary opponent and asked if he “learned his lesson.”

“Do you think Rand Paul will apologize for spending nearly $1 Million on another candidate in Ohio’s 15th District congressional race after I had already endorsed Mike Carey? In any event, Mike went on to an unprecedented victory, more than doubling the second placed finisher and Rand’s candidate came in a distant third out of eleven,” Trump said in the statement.

“Rand is a different kind of guy, but I like him a lot anyway, and I’m proud to have endorsed him when when he ran. Do you think he learned his lesson?,” Trump added. 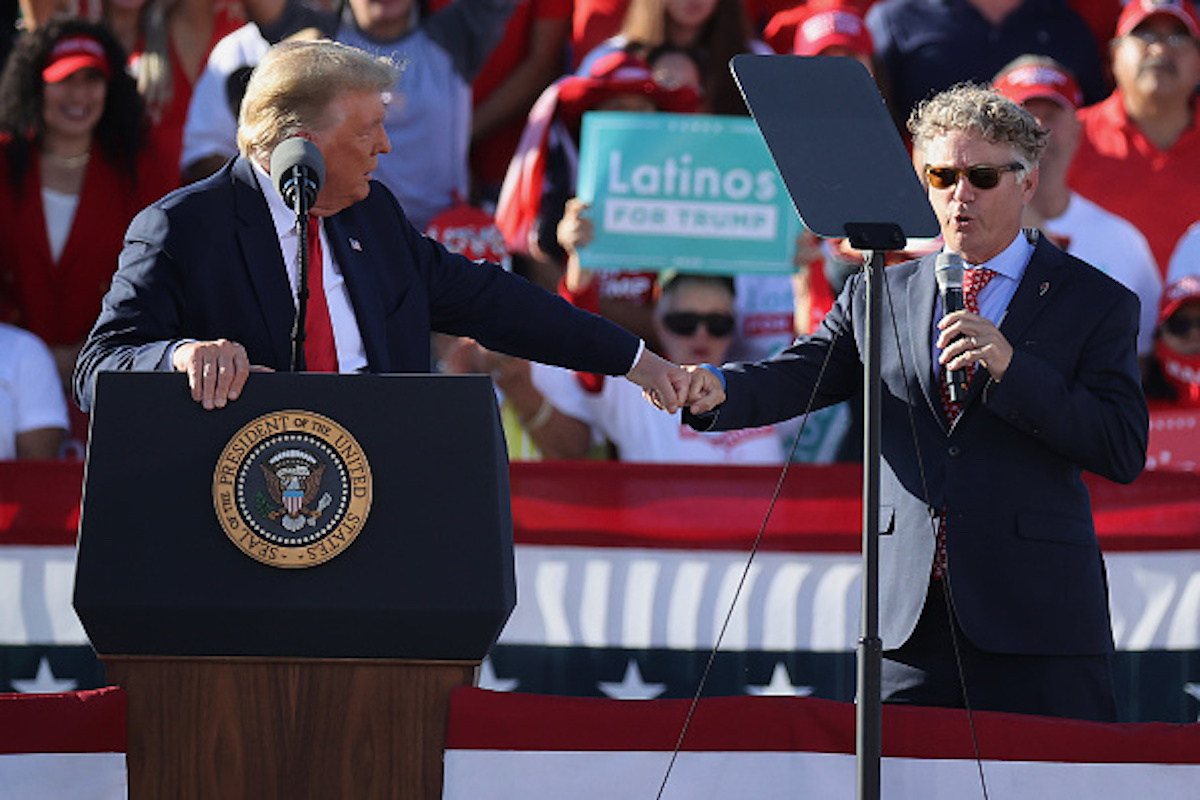 Trump endorsed Paul in April for Senate in 2022, saying “Rand Paul has done a fantastic job for our Country, and for the incredible people of Kentucky. He fights against the Swamp in Washington, the Radical Left Liberals, and especially the destructive RINOS, of which there are far too many, in Congress. Rand will continue to stand up for our great AMERICA FIRST policies because he believes in stopping wasteful spending, defending our Second Amendment rights, and taking care of our Military and our Vets.” (RELATED: ‘He Fights Against The Swamp’: Trump Endorses ‘True Champion’ Sen. Rand Paul)

The Daily Caller contacted Paul’s office about the statement to which they did not immediately respond.