The top U.S. financial regulatory agency approved a rule that forces publicly-traded companies to reveal the diversity of their executive boardroom to investors.

The Securities and Exchange Commission (SEC) voted in favor of the rule, which will apply to all companies traded on the Nasdaq stock exchange, according to the text of the approval released Friday. The rule, first proposed by Nasdaq in December, will also require companies to hire at least one female director and one either minority or LGBTQ+ director to their boards.

Companies may be delisted from the exchange if they fail to comply with the new diversity requirements within four years. Several major corporations including Apple, Google, Amazon, Tesla, JPMorgan Chase, Johnson & Johnson, Disney, Nike and Walmart are traded on the Nasdaq.

“These rules will allow investors to gain a better understanding of Nasdaq-listed companies’ approach to board diversity, while ensuring that those companies have the flexibility to make decisions that best serve their shareholders,” Biden-appointed SEC Chairman Gary Gensler said in a statement after the vote. (RELATED: Stock Market Plunges As Investors Fear Increasing Coronavirus Cases)

SEC Commissioners Allison Herren Lee and Caroline Crenshaw applauded the rule as a “step forward.” But they added that there was still work to be done to improve corporate diversity and floated the possibility of a requirement for corporations to hire disabled executives. 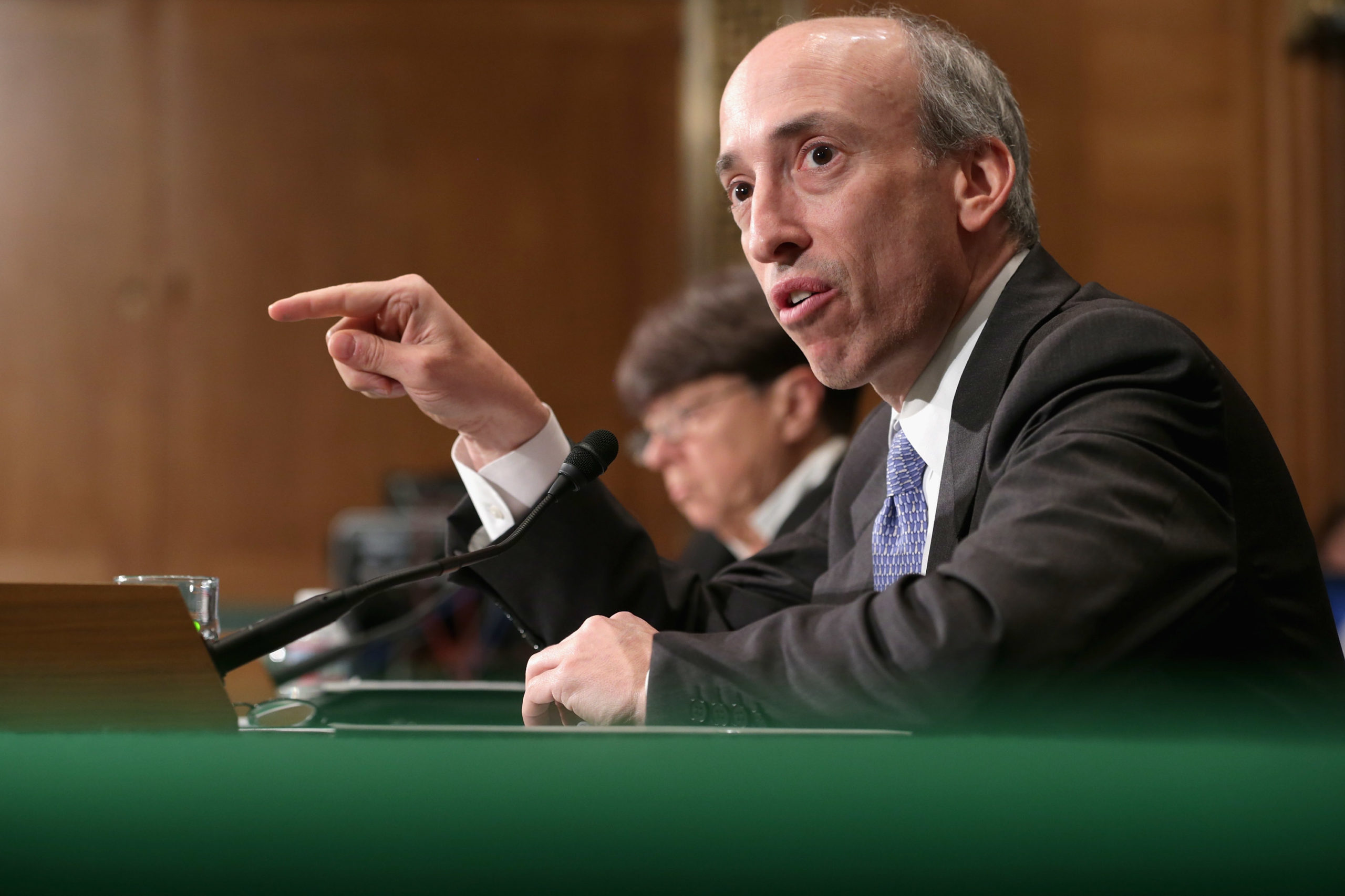 Commissioners Elad Roisman and Hester Peirce, voted against the proposal. While they both affirmed the importance of diversity, they argued that part of the rule was illegal and that the commission hadn’t properly evaluated the proposal.

“The objectives and disclosure requirements imposed by the Board Diversity Proposal encourage discrimination and effectively compel speech by both individuals[41] and issuers[42] in a way that offends protected Constitutional interests,” Peirce wrote in her stinging rebuke of the proposal.

However, Gensler said the rule was legal and in accordance with the Securities Exchange Act of 1934.

“These prescriptive requirements may ultimately harm economic growth and investors by pressuring companies to select directors from a narrower pool of candidates and discouraging others from going public,” he continued.

Toomey added that Gensler was transforming the agency into a “laboratory for progressive social engineering.” Banking Committee Republicans wrote to the SEC in February, urging it to reject the Nasdaq proposal.

Similar diversity rules have been implemented in Europe over the last several years. In January, the German government passed a policy requiring companies with more than 2,000 employees to hire at least one woman to serve on their executive board.