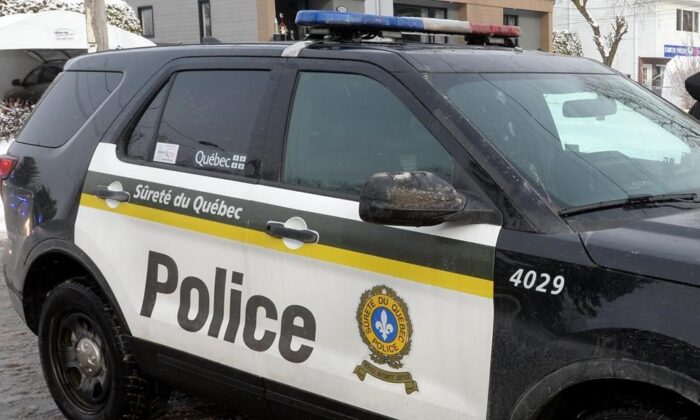 A Quebec provincial police vehicle is shown in this Jan.16, 2020, file photo. (The Canadian Press/Ryan Remiorz)

CONTRECOEUR, Que.—Provincial police say a child is among five people injured in a shooting Sunday night in the Montreal area.

Police spokesman Jean-Raphaël Drolet said today a car with four people inside was targeted by a shooter around 7:30 p.m. before the driver skidded into a ditch.

Drolet says the boy, whose age was not released, was hit by a bullet as he was standing outside a home in Contrecoeur, Que., northeast of Montreal.

He says the boy’s life is not in danger and the provincial police’s major crimes unit is investigating.

Drolet says the four people inside the car were injured and transported to hospital, adding that the driver’s injuries are serious.

Police say the 37-year-old male suspect hid inside a nearby residence and was arrested around 3 a.m. this morning.