Overall, 51% of Americans disapprove of Biden’s plan to mandate vaccines for public sector employees and many in the private sector, with a breakdown of those polled showing clear splits among party lines. Amongst Republicans, 84% disapprove of Biden’s mandate while 89% of Democrats approve the mandate, according to the poll.

When asked specifically about mandating vaccines in the workplace for employees, 53% of Americans approve Biden’s provision which requires employers with more than 100 employees to require workers receive the vaccine or submit to weekly testing. Amongst Republicans polled, 82% disapprove of this provision, according to the poll.

The Quinnipiac University Poll surveyed 1,210 U.S. adults nationwide between Sep. 10-13. There is a +/- 2.8 percentage point margin of error.

“The current poll shows majorities of residents in both red states and blue states support some type of Covid control measures, and that includes many of the mandates proposed by the president last week,” Director of the Monmouth University Polling Institute Patrick Murray said.

The Monmouth poll was conducted via telephone between Sep. 9-13 amongst 802 adults. There is a +/- 3.5 percentage point margin of error.

Biden recently announced his administration would be developing a rule requiring employers with 100 or more employees require vaccines or submit to weekly testing. The rule will affect more than 80 million private sector workers and violating the rule could result in a hefty fine.

“We’ve been patient, but our patience is wearing thin,” Biden said. “Your refusal has cost all of us. Please, do the right thing.” 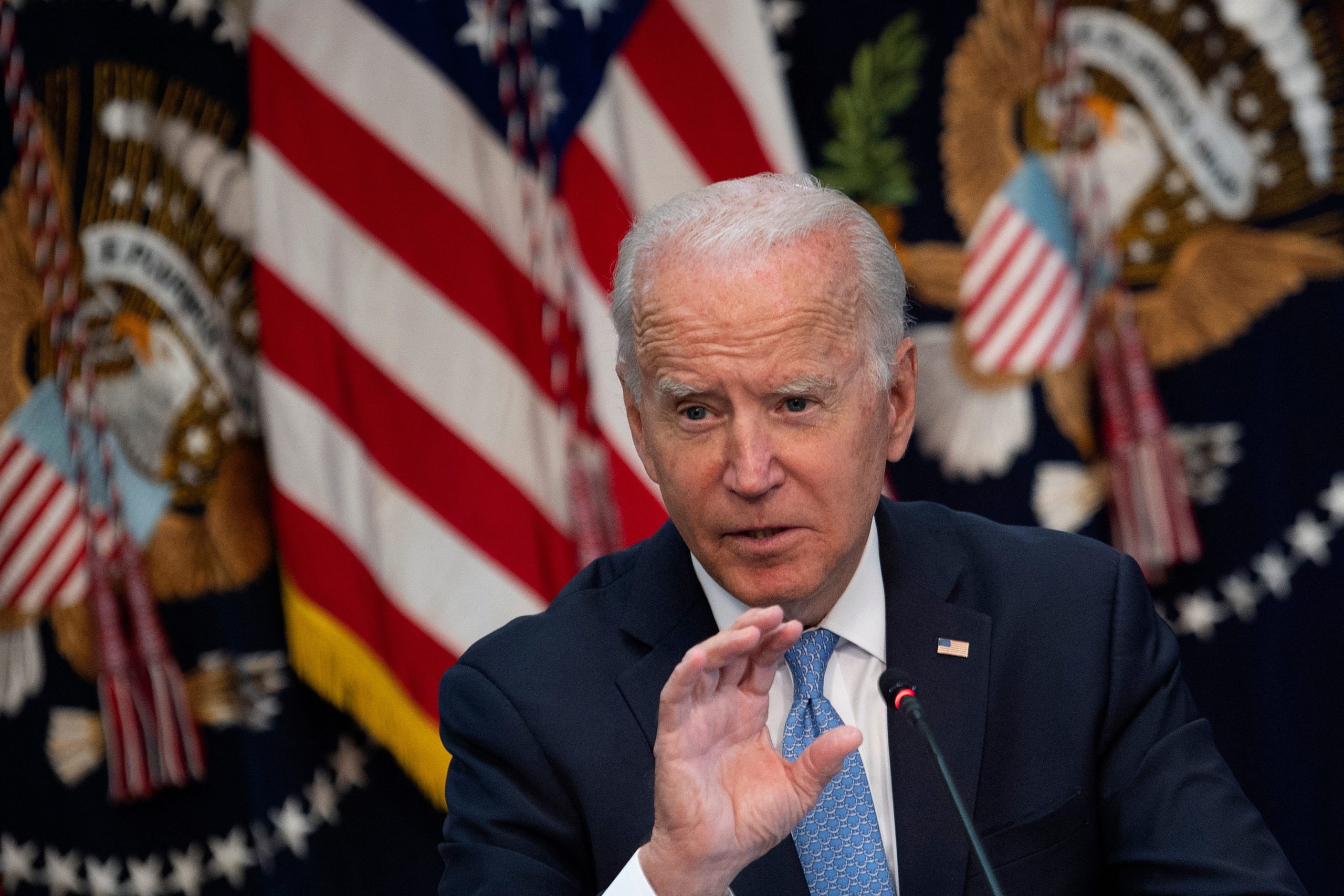 US President Joe Biden hosts a meeting with business leaders and CEOs on the Covid-19 response, at the Eisenhower Executive Office Building in Washington, DC, on September 15, 2021. (BRENDAN SMIALOWSKI/AFP via Getty Images)

Biden’s plan has received pushback amongst Republicans, with Arizona suing the administration Tuesday challenging the mandate.

“Tell me where in the Constitution does the president have the power to unilaterally require any individual, whether a federal employer or not, to get a vaccine or to insert anything into their arm or body,” Republican Arizona Attorney General Mark Brnovich told Daily Caller Editorial Director and radio host Vince Coglianese Wednesday.

Several other republican attorney generals have also warned they would take the Biden administration to court over the mandates, which they claim violate individual liberties.