NBA Hall of Famer Isiah Thomas blasted the NFL for playing the so-called “black national anthem” because it is “emphasizing our separateness,” not promoting national unity and healing.

Thomas made his comments in a discussion with columnist Jason Whitlock on an episode of The Blaze’s Fearless with Jason Whitlock.

Last year, the NFL began playing Lift Ev’ry Voice and Sing, called the black national anthem by activists, immediately after playing the Star-Spangled Banner. This is not a good idea, as far as Thomas is concerned.

“Our Founding Fathers, when they wrote the constitution and everything else, they were talking about bringing us together under one umbrella, under one constitution, where all men and women are created equal,” Thomas told Whitlock. “When you sing those two different anthems, you’re just emphasizing…there are two different statuses in this country. Black and White.”

Thomas went on to add that the whole idea of race is used to divide people and is a false social construct. He said that his life experience as a black man taught him this lesson. 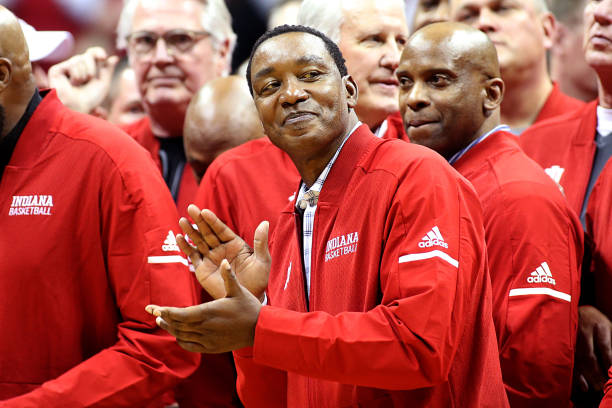 BLOOMINGTON, INDIANA – FEBRUARY 08: Former Indiana Hoosiers player Isaiah Thomas on the court at half time during the game the against the Purdue Boilermakers at Assembly Hall on February 08, 2020 in Bloomington, Indiana. (Photo by Justin Casterline/Getty Images)

Whitlock agreed and noted that even if the original national anthem wasn’t written for black people, blacks should accept it and make it their own as a way to unify the nation.