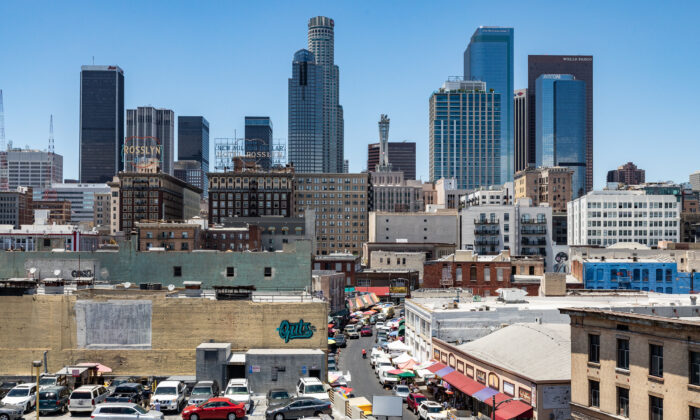 LOS ANGELES—A man who sued the Montebello Unified School District (MUSD) and a former superintendent—alleging the schools chief lured him into a sexual relationship earlier this year with promises of money, training, and help in getting his U.S. citizenship—will have to shore up his complaint for it to proceed, a judge ruled Monday.

Los Angeles Superior Court Judge Maurice A. Leiter found that attorneys for plaintiff Walther Medina had not shown in their current court papers that the alleged actions of then-MUSD Superintendent Anthony Martinez were foreseeable on the district’s part and occurred during the course and scope of Martinez’s employment.

The judge also found that Medina’s claims for gender violence and a violation of the state Education Code were not fully developed.

Medina’s lawyers were given 30 days to file an amended complaint. MUSD lawyers maintain in their court papers that any alleged relationship between Medina and Martinez was “purely private,” but “Dr. Martinez has affirmatively denied plaintiff’s allegations in their entirety.”

According to the suit, beginning on or about March 2019, Martinez obtained the then-30-year-old Medina’s trust through promises of money, education, and training. Other enticements included involving Medina in leadership programs and creating a class specifically for Medina, setting up a scholarship in his name, and assisting him with getting his U.S. citizenship, the suit states.

Martinez was  “secretly planning to exploit the trust … as a means of forcing [Medina] to engage in a sexual relationship in an unlawful quid pro quo,” the suit alleges.

Medina told Martinez that he did not want a romantic relationship with him and demanded that the superintendent respond in kind, the suit states.

“Martinez fraudulently told [the plaintiff] he did not expect a romantic relationship from Medina,” the suit states.

During the spring and summer of 2019, Martinez engaged in inappropriate touching of Medina in the superintendent’s office and in his home, according to the suit. Martinez also sent the plaintiff romantic messages and took photos of him, the suit alleges.

When Medina resisted Martinez’s alleged advances, the school’s chief retaliated by showing up at his workplace and discussing the plaintiff’s family and education despite being told not to do so and by repeatedly calling him and sending him text messages, the suit states.

The alleged harassment eventually forced Medina to leave the district and end his education, the suit states. Martinez was fired in March.