Rest Day: Joe Biden Goes Back in the Bunker with No Public Events

President Joe Biden will not appear publicly on Thursday, according to his schedule.

The president plans to receive the 9:30 a.m. daily briefing and his weekly economic briefing before having lunch with Vice President Kamala Harris at 12:30 p.m.

Nothing else is on Biden’s public schedule for Thursday afternoon.

The president continues taking a lower public profile, refusing to take questions from the press on the host of issues facing his presidency.

HE DID IT AGAIN! Joe Biden again walked away from reporters asking him questions about the thousands of Americans still stranded in Afghanistan on Monday. https://t.co/pqQMwltpBM

Department of Homeland Security continues working to disperse over 15,000 migrants living in a makeshift camp under a border bridge in Del Rio, Texas.

According to the Department of Homeland Security, only 1,719 migrants have been expelled back to Haiti, while 3,206 have been moved into custody. 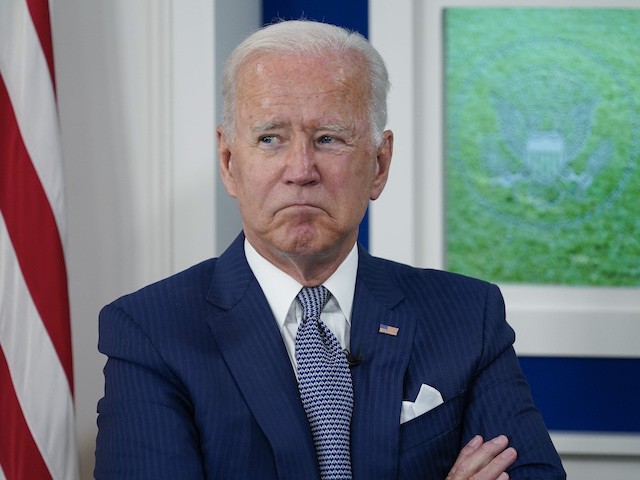 The president has not spoken to the press extensively since September 11, when he addressed his falling poll numbers with reporters.

On three occasions since then he provided only one short answer during his public events as reporters shouted questions.

As the president left the United Nations on Tuesday, he responded to a question about the chaos on the Southern border.

“We will get it under control,” he replied shortly.

SINKING LIKE A STONE: President Joe Biden’s approval rating hit a new low with the Trafalgar Group poll, which was partially taken after he announced a federal vaccine mandate. https://t.co/I2sN1Iu8SD

On Wednesday, Biden tried to answer a question about border enforcement but was drowned out by his staff shouting at reporters.

“Violence is not justified,” he said, according to reporters who reviewed video of the chaotic event.

Last Wednesday, Biden said only that he had “great confidence” in General Mark Milley