Americans Bouncing Back: Majority Say They Will Celebrate Halloween, Back to Pre-Pandemic Levels

The majority of Americans say they will engage in Halloween festivities this year, nearly matching the percentage of those who said the same in 2019, prior to the Chinese coronavirus pandemic, a Morning Consult survey released this week found.

The survey asked respondents how if they planned to celebrate Halloween this year, and 56 percent said yes, up 14 percent from the 42 percent who said the same last year, in the midst of the pandemic. The year prior, 2019, 57 percent said the same, meaning this year’s data nearly hit pre-pandemic levels.

Nearly all generations, Gen Z (77 percent), Millennials (68 percent), and Gen X (55 percent) say they will celebrate this year. Only 41 percent of Baby Boomers said the same, although that is also near 2019’s pre-pandemic level of 43 percent.

56% of Americans say they plan to celebrate #Halloween this year, up from 42% last year and in line with 2019 levels. https://t.co/DZOGjObrMo pic.twitter.com/gerrUcrcHY

Among all U.S. adults, roughly 1 in 4 (24 percent) said they plan to attend a Halloween party this year, marking another rebound to levels in 2019, when 16 percent said they went to a party.

Fourteen percent of Americans said that they or their children will trick or treat the same way they usually do. Last year, only 7 percent of respondents said the same.

Expect to see more people in costumes, too: Roughly 1 in 3 adults (31 percent) said they plan to dress up this year, while 24 percent said they did so in 2020. The National Retail Federation expects $10.1 billion to be spent on Halloween in the U.S. in 2021, according to its annual Halloween spending survey, up from $8 billion last year.

Dr. Anthony Fauci made waves over the weekend after suggesting it was “too soon to tell” if Americans could gather for Christmas festivities — nearly a year after recommending Americans to ditch big holiday gatherings for Thanksgiving and Christmas. However, he attempted to clarify early this week, contending his remarks were “taken completely out of context.” 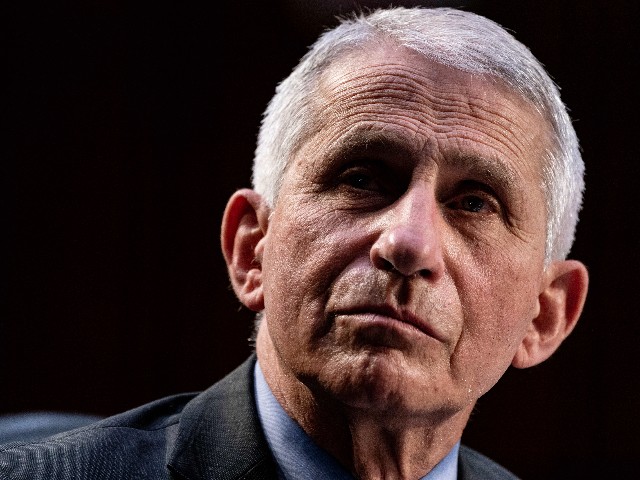 Dr. Anthony Fauci, Director at the National Institute Of Allergy and Infectious Diseases, speaks during a hearing with the Senate Committee on Health, Education, Labor, and Pensions, on the Covid-19 response, on Capitol Hill on March 18, 2021 in Washington, DC. (Photo by Anna Moneymaker-Pool/Getty Images)

“I was asked what could we predict for this winter, for like December and Christmas,” Fauci said during an appearance on CNN. “I said we don’t know because we’ve seen slopes that went down and then came back up.”

“I will be spending Christmas with my family. I encourage people, particularly the vaccinated people, who are protected, to have a good, normal Christmas with your family,” Fauci continued.

“The way all of the other disinformation goes around, you say something talking about a landmark of a time, and it gets misinterpreted that I’m saying you can’t spend family Christmas time, which is nonsense. You can,” he added, effectively contradicting his prior remarks.