ANALYSIS: Congress Punts Its Most Consequential Tasks To December With Little Plan And Worsening Gridlock

Congress in the past two weeks managed to avoid a government shutdown and a nationwide debt default amid one of the busiest legislative months in recent memory, but their last-minute deals set up a December that could be especially painful.

While lawmakers avoided a shutdown by mere hours in September, their short-term funding bill only keeps the government open until Dec. 3, giving Congress less than two months to agree on a spending package for the next fiscal year. Congress also struck a deal to lift the ceiling by $480 billion in October and sent a bill to President Joe Biden’s desk Tuesday, but like the government funding, the higher cap only covers expenses until sometime in December, frustrating lawmakers.

House Majority Leader Steny Hoyer called the patch an “irresponsible and despicable act for adults who know better,” Tuesday even as he urged members to vote for it, while Republicans slammed the process Democrats used to advance it.

Minnesota Republican Rep. Michelle Fischbach called the measure “an insult to the members of this body, who are being denied the opportunity to fully consider the gravity of extending the debt limit,” adding that it “accomplishes nothing more than kicking the can down the road on something that should be addressed now.” (RELATED: House Approves Debt Ceiling Increase, Temporarily Delaying Nationwide Default) 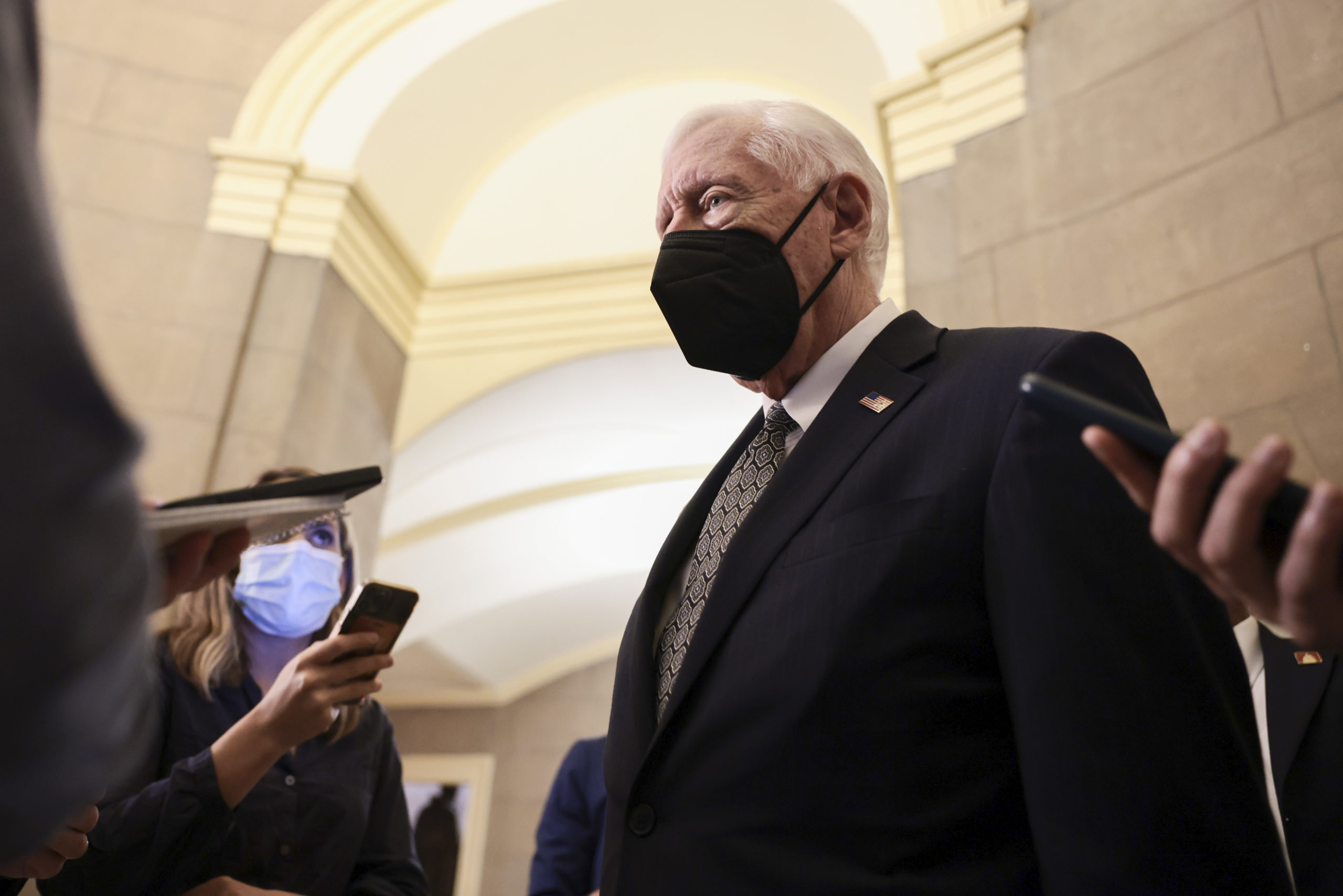 As a result of pushing the debt ceiling and government funding until December, Congress may find itself in a similar situation, but this time higher tensions with even more partisan gridlock.

Animosity between the parties has only increased after the Republicans, led by Senate Minority Leader Mitch McConnell, gave support for Democrats to raise the ceiling through December, giving them more time to craft a larger increase that can pass on party lines. But the deal was ill-received by some in his own caucus, who accused McConnell of caving to the majority and warned of the frenzied schedule that would arise as a result.

“I think us allowing them to use regular order to raise the debt ceiling encourages more spending, and putting it in December is another train wreck we’ve got to deal with,” said South Carolina Sen. Lindsey Graham. “I think this is overall a bad decision.”

“[Senate Majority Leader] Chuck Schumer won this game of chicken,” Sen. Ted Cruz said prior to the vote with regards to McConnell’s compromise.

Immediately after 11 Republican senators joined Democrats in advancing the bill, Majority Leader Chuck Schumer lambasted the party on the Senate floor for playing a “dangerous and risky partisan game.”

“I am glad that their brinksmanship did not work,” Schumer said. “The solution is for Republicans to either join us in raising the debt limit or stay out of the way and let Democrats address the debt limit ourselves.” (RELATED: Senate Passes Short-Term Debt Ceiling Increase As Congress Moves To Avoid Economic Catastrophe)

His remarks were met with bipartisan criticism, and McConnell swiftly came out and said that Democrats should no longer count on getting any help from Republicans.

“This childish behavior only further alienated the Republican members who helped facilitate this short-term patch,” McConnell said after Schumer’s remarks. “I am writing to make it clear that in light of Senator Schumer’s hysterics and my grave concerns about the ways that another vast, reckless partisan spending bill would hurt Americans and help China, I will not be a party to any future effort to mitigate the consequences of Democratic mismanagement.” 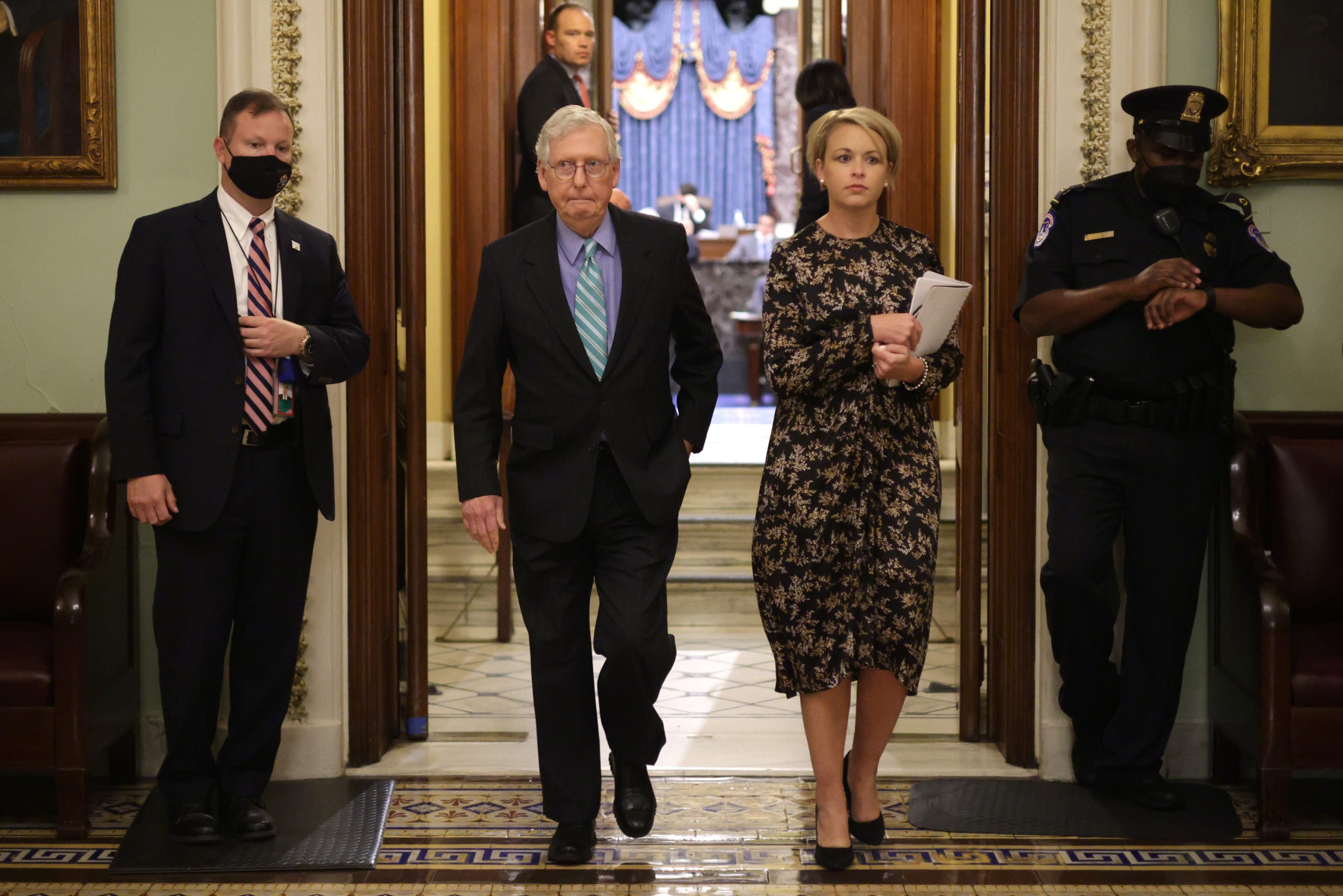 The mutual disdain could spill over into the government funding fight as well, especially if Democrats tie it to a debt ceiling increase. They already tried to do so in September, and have refused to entertain raising the debt ceiling via reconciliation, which Republicans have insisted.

Democrats are also trying to pass both the bipartisan infrastructure bill and their multitrillion spending package before funding the government and raising the debt ceiling. House Speaker Nancy Pelosi wants to pass the bills before the end of October when federal surface transportation funds expire, even as an official top line for the budget has yet to be reached and left-wing Democrats have refused to vote for the infrastructure package until the budget is passed. (RELATED: Biden After Meeting With Democrats About Economic Agenda: ‘We’re Gonna Get This Done’)

Pelosi said Tuesday that “difficult decisions must be made very soon,” and that some programs touted on the left were at risk of being axed completely, though it remains unclear which ones.

“Overwhelmingly, the guidance I am receiving from Members is to do fewer things well so that we can still have a transformative impact on families in the workplace and responsibly address the climate crisis: a Build Back Better agenda for jobs and the planet For The Children!” Pelosi said.