FACT CHECK: Did ‘Close To Hundreds’ Of People Die At Astroworld?

A post shared on Facebook claims “close to hundreds” of people died at the Astroworld music festival. 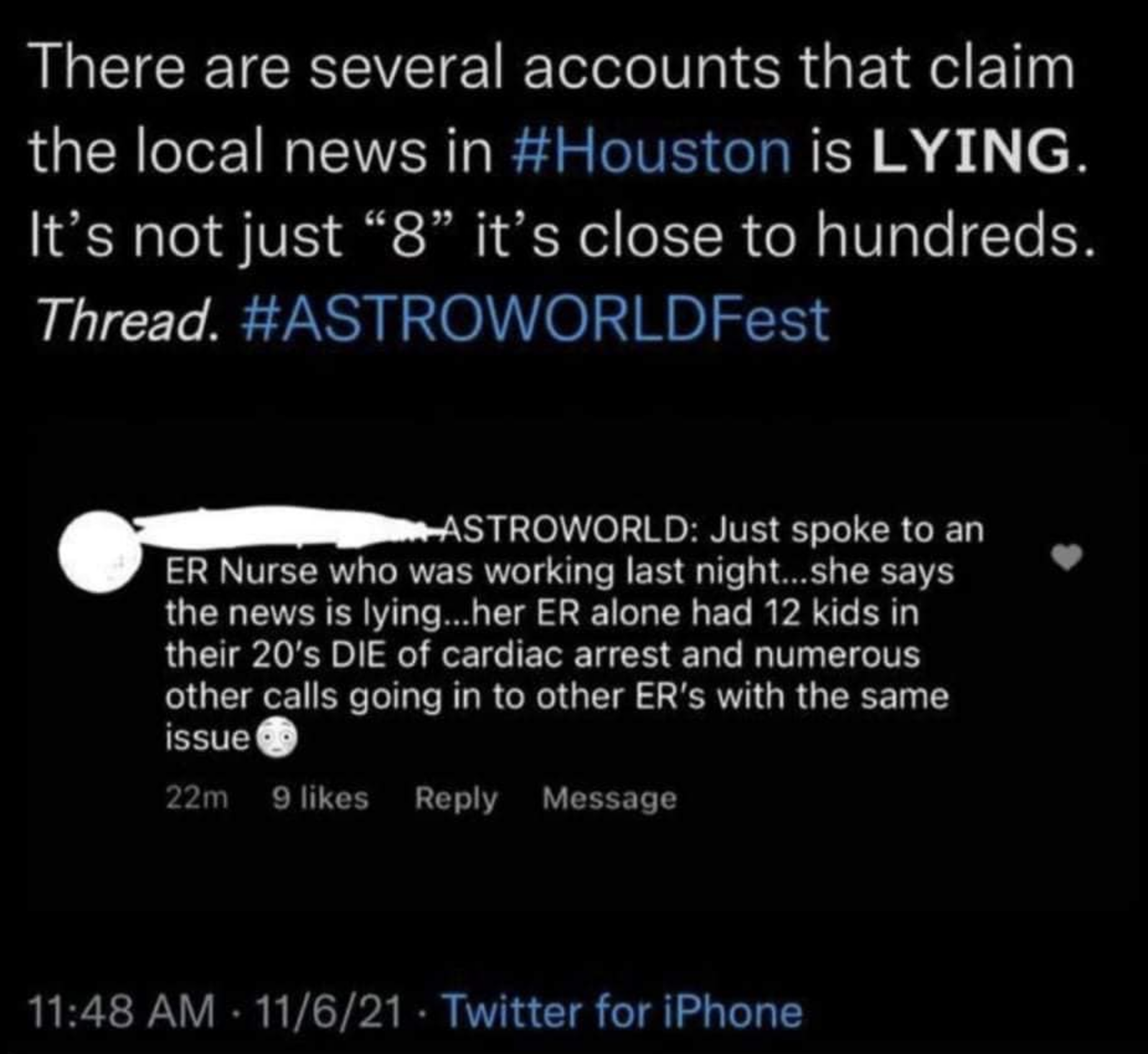 Officials have reported that 10 people died, not “close to hundreds.” The investigation into the incident is ongoing.

At least 10 people were killed and dozens more injured during a crowd surge at Travis Scott’s Nov. 5 Astroworld music festival in Houston, Texas, according to CNN. The scene was quickly declared a “mass casualty event” by police, according to the New York Post. (RELATED: Was Astroworld’s Venue Capacity 20,000?)

A Nov. 6 post shared on Facebook, however, alleges the death toll is much higher. “There are several accounts that claim the local news in #Houston is lying,” reads the text in the post. “It’s not just ‘8’ it’s close to hundreds.” The post appears to be alluding to the initial death toll, which was eight but rose to 10 in the following days.

There is no evidence the death toll is “close to hundreds.” In an interview with MSNBC on Nov. 6, Houston Fire Chief Samuel Pena stated that eight people had died due to injuries suffered at the concert and warned the number “may rise because we did transport more people in critical condition…to the hospital.” This initial death toll figure is reiterated in a Nov. 9 press release from the Houston mayor’s office. As Pena warned, the death toll subsequently rose to 10 after the deaths of 22-year-old Bharti Shahani on Nov. 10 and 9-year-old Ezra Blount on Nov. 14, according to The New York Times. Both had sustained injuries at the Nov. 5 concert, the outlet reported.

Michele Arnold, a spokesperson for the Harris County Institute of Forensic Sciences, a group investigating the tragedy, confirmed in an email to Check Your Fact that 10 people had died as a result of the concert, not “close to hundreds.”