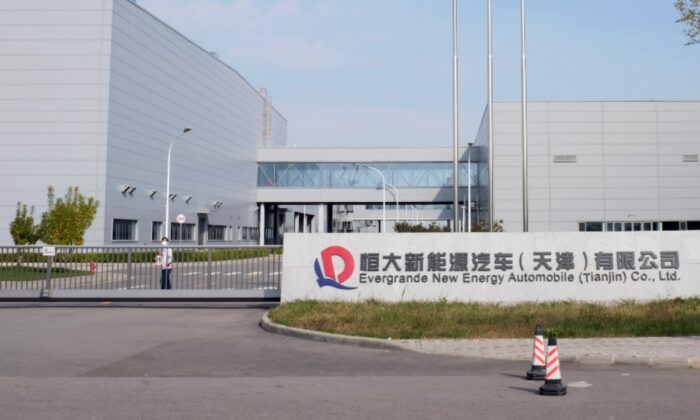 HONG KONG—Shares of China Evergrande New Energy Vehicle Group Ltd. rose 11.1 percent to $0.50 on Monday, after the company said it planned to raise around $347 million in a share placement.

Embattled property developer China Evergrande’s electric vehicle (EV) unit said on Friday it would issue about 900 million shares, or 8.3 percent of the enlarged capital, at about $0.39 apiece through a top-up placement.

The new shares are priced at a 15 percent discount to their Friday’s close of $0.45.

Evergrande, the world’s most indebted developer has tottered from debt-repayment deadline to deadline as it grapples with more than $300 billion in liabilities, said last month it plans to give future priority to its electric vehicles business over real estate.

In a filing late on Friday, Evergrande New Energy Vehicle said it intends to use the proceeds on research and development and production of its new energy vehicles, paving the way for putting the cars into production.

The EV unit has already done a top-up placement earlier this month, raising $64.17 million by issuing 174.8 million shares at $0.34 a piece.

Evergrande’s total holdings in the EV unit will drop to 58.54 percent from 63.84 percent after the new fundraising.

The unit is seeking Chinese regulatory approval to sell its inaugural Hengchi 5 sport-utility vehicles, as the embattled company vows to start making cars early next year.